I photographed this male Dickcissel singing at the Sequoyah National Wildlife Refuge in Oklahoma back in May.

Driving the tour road this time of year you can hear these birds singing. They sound like they are singing their name. In fact, the sound they make is how they got their name.

I noticed the past couple of years I am seeing fewer Dickcissels at this refuge. Dickcissel populations often fluctuate in numbers, even to the extent that their range changes notably. I read that this maybe related to changes in land use. I’m not seeing anything different with the crop fields at the Sequoyah National Wildlife Refuge. Corn and soybeans are what is grown and the Dickcissels seem to like the soybeans best. I hope that these birds numbers will increase because I like seeing and hearing them. They are also an easy bird to photograph because they are not shy of vehicles.

How I Got The Shot

Dickcissels migrate rather late to their breeding range, with the first only arriving in May, with most birds arriving only at the beginning of June. They nest in dense grasses or small shrubs near the ground, or in bushes and trees as high as 3–4 feet.

Males may have up to six mates, most of whom attract only one or two, and several of whom fail to attract any mates. But, if such “bachelors” survive until next summer, they will make another attempt to attract a mate, as the partners will only stay together to raise one brood. Dickcissels are thus among the few polygynous songbirds. When they leave at the beginning of August or so for winter quarters, what little pair bond there was during the summer breaks up.

This site uses Akismet to reduce spam. Learn how your comment data is processed. 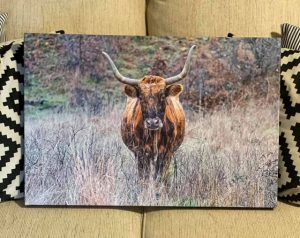